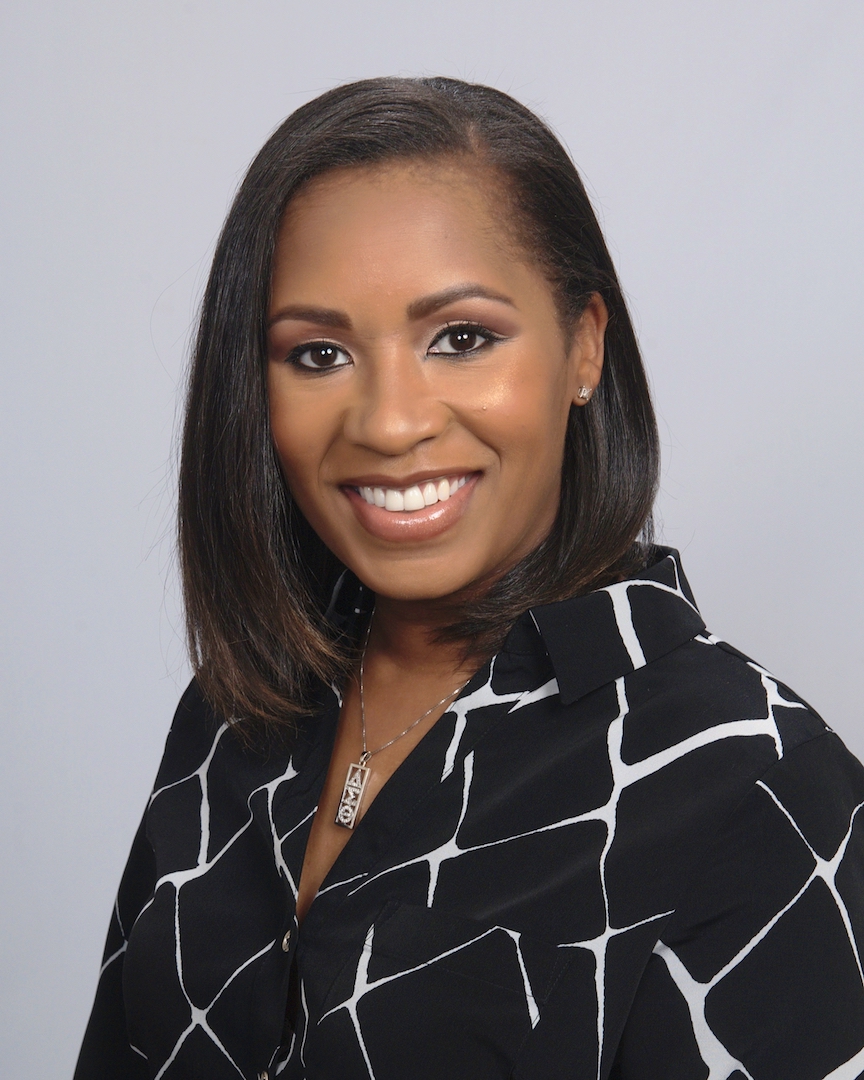 Erin Perry is a Ph.D. candidate in communication and Dean’s Diversity Fellow who studies the legacy of journalism and how new media has changed how journalists and news organizations tell stories. She has taught courses in news editing, news reporting, journalistic grammar and style and public speaking at Wayne State University and serves as director for the Detroit Free Press Summer Apprentice program. A Detroit native, she has traveled the world but currently lives in Southfield with her husband and 5-year-old son.

For Graduate Student Appreciation Week, we talked to her about the many “hats” she wears as a graduate student and how her research informs her work.

How do you define new media, and what are some examples?

It’s about time to drop the “new” from “new media.” So much of what is considered new media has gained seniority. It’s basically all the ways we communicate with one another using computers or its technology.

I enjoy doing research using social media, specifically. I led a group research project about how journalists participate in conversations on Twitter, specifically how they opined during the popular Lifetime docuseries Surviving R. Kelly. I’ve done a rhetorical visual analysis of a viral image from a tense, televised interview with the same singer but with a focus on how the interviewer—Gayle King, who is a Black woman—and allies of Black women combat the Angry Black Woman trope through demeanor and praise.

I recently presented a qualitative content analysis of Michigan State University’s coronavirus website to examine its response to COVID-19 during the early phases of the public health crisis. That won a top student paper award at the Central States Communication Association conference last month.

What’s been your most interesting research insight so far?

I entered my doctoral program thinking my dissertation would focus on newsroom interns and their socialization to the journalism profession. In practice, that’s been my concentration in the journalism industry for years. This summer will be my 10th directing the summer apprentice program for the Detroit Free Press—a program I was a student in 20 years ago. And each year that I can, I work as a mentor on the Student Multimedia Project for the National Association of Black Journalists.

And then, one of my qualifying exam members challenged me on my attachment to that interest. During my exam defense, clarifying questions brought to light what had truly captured my interest: the professional experiences of not just any kind of journalists, but Black journalists, specifically. I hadn’t verbalized a strong interest in studying racialized or gendered experiences, but I’ve done a few projects that have explored those things. Now, I expect my dissertation to explore the considerations, motivations, and communicative strategies of Black journalists as they contemplate their engagement in social media conversations about contentious news in the United States.

How do you hope your research will be used?

The U.S. journalism industry has not made noteworthy progress on 50-year-old promises to diversify the industry, particularly in terms of race and gender. A 2018 diversity survey from the American Society of Newspaper Editors showed that at daily print and online-only organizations, more than 78% of full-time journalists identify as white. Black journalists made up just about 7% of that workforce, ahead of workers who identify as Hispanic, American Indian, Asian, Hawaiian/Pacific Islander, and other racial groups.

So, as the journalism industry crawls toward making newsrooms more reflective of the communities they cover, I hope my research shines a bright light—of flood light proportions—on the professional experiences of Black journalists, who remain severely underrepresented in U.S. newsrooms.

You have your own editing business, iEditNRed. What inspired its inception?

When my husband’s job moved us to Brazil in 2012, it took about six weeks for me to get bored with the beach. My mother encouraged me to put a price tag on all the free work I was doing for my network—editing their résumés, cover letters, books and such. And so, iEditNRed was born.

How do you envision your career post-graduation?

There’s a line in a Ray Charles song that says: “I've been so many places in my life and time.” That’s how I feel about my own life at times. I’m from Detroit. I went to college in Virginia. I’ve interned in Washington, D.C., and Atlanta. My first job out of college was in Akron, Ohio. I’ve lived in Brazil and Mexico. That said, I would be content staying in metro Detroit after graduation. I will pursue an academic career, but I am open to taking a practitioner-scholar or “pracademic” approach, which means I’ll also consider positions outside of academia that would allow me to use my research skills, journalism skills, and teaching skills.

The interview has been lightly edited for clarity.
Interviewed by Kristy Case.