The Graduate School is featuring eight students and their unique paths through higher education. The essay below is written by Simon Mourani, a Master of Business Administration (M.B.A.) student in the Mike Ilitch School of Business. 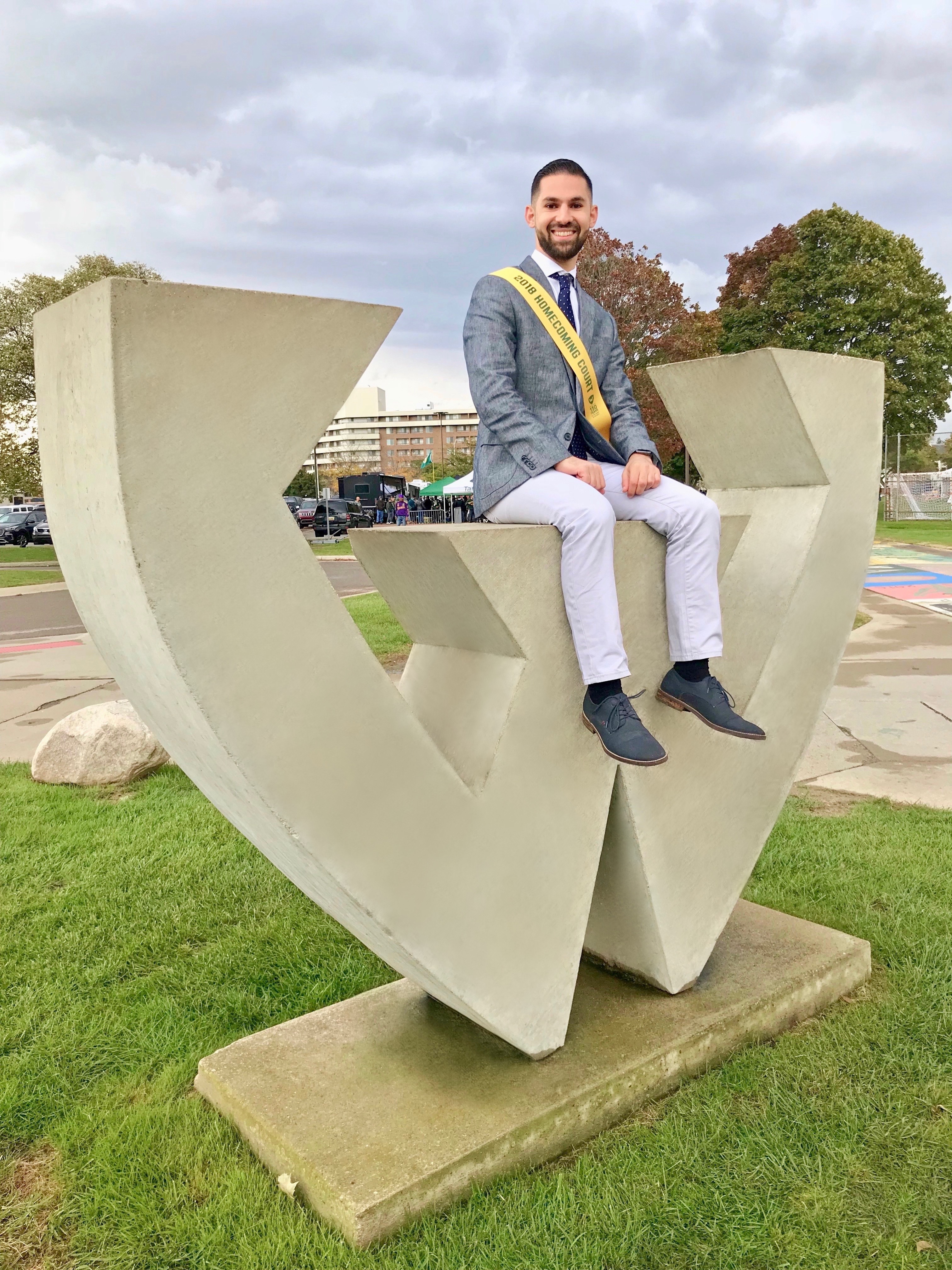 Growing up, there were two main career fields that surrounded me: pharmacy and business. Although my dad owns and runs his own successful business, pharmacy is an especially familiar field for me because I grew up watching my older sister study to become the pharmacist she is today. Unlike my sister, who has always known she wanted to be a pharmacist, I was not confident about what path I wanted to follow.

Later down the road, I came to realize that I was not alone in this situation. I found that so many students are still undecided on their career paths by the time they begin college. From a young age, however, I had always been encouraged to become a pharmacist. As a result, that is where my academic journey began.

I began my undergraduate career at Wayne State University as a pre-pharmacy student. Despite excelling academically as I remained on the dean’s list, I knew it simply was not right for me. I chose to continue on the pre-pharmacy track for three years as opposed to declaring my major as “undecided” and experiencing new fields of study because I had the false notion that being labeled as such meant I was completely lost and heading down a road to failure. Instead, I learned that I should have had the mindset that I would be exploring options to find the right path for my future. Reality struck at the end of my third year when I realized if I did not make a change at that point, I would soon enroll in pharmacy school and live a life of regret.

Before my fourth year, I finally took the leap and decided to change my major. I was grateful to have the support of my parents during this change, as they always taught me to do what I love and to strive to be the best at whatever I do. I was ready to dive into the business field; however, my vision was obscured by others who made me believe this was the wrong decision.

Instead, I went into computer science since I have always had a connection with and love for technology. After a year in that field, I knew I was still not where I was meant to be, but I also saw this as a great opportunity to differentiate myself from others and allow myself to become a more competitive student. The summer after my fourth year, I decided to make computer science my minor and finally became a business student majoring in marketing at the Mike Ilitch School of Business.

What made each step of my journey unregrettable were the student organizations I joined, the leadership positions I held, and the connections I built along the way. The pattern of involving myself in numerous communities and organizations throughout each discipline prepared me to be an outstanding business student. It allowed me to discover and enhance my passions in leading, expanding connections, and building organizations so that they reach their fullest potential. I thrived in making these organizations an unforgettable experience for everyone involved including myself, and it is through these experiences that I found my calling as a marketing major.

After I earned my bachelor’s degree and entered my professional career, I realized that it was time for the next step. I continued at Wayne State University to pursue an M.B.A. in order to take my career to the next level. WSU’s MISB prepared me as an undergraduate student for graduate school; I am confident that its outstanding faculty will bring a unique combination of research prowess and boardroom experience to propel my future career.