From teen motherhood to graduate school: A student success story 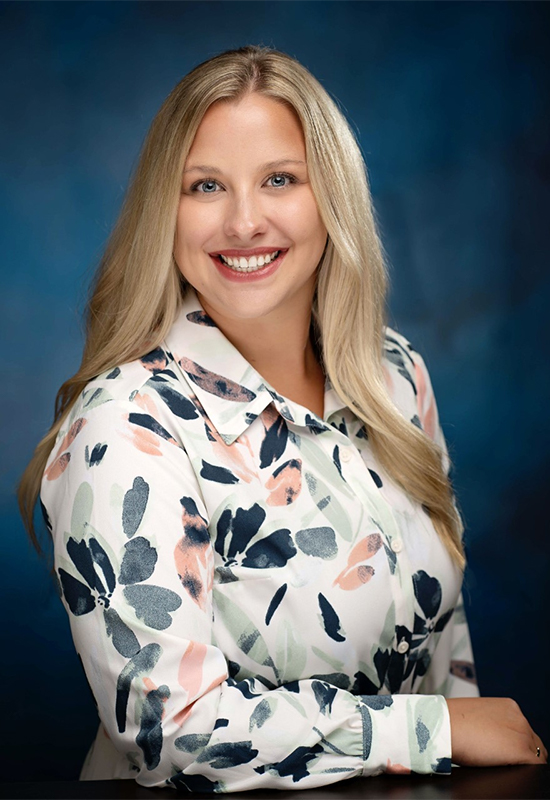 Megan Antosh found out that she was pregnant at the age of 18 during what she considers to be a particularly dark time in her life.

She had only recently gotten back from Italy, a country to which she had bought a one-way ticket to live with a boyfriend she had met previously as a foreign-exchange student in the U.S. The relationship soon soured. She broke it off, flew back to Detroit where she moved in with her mother, enrolled at Henry Ford Community College, and casually started seeing someone new. Within months, she found she was going to be a teen mom. Feeling lost and wholly unprepared to bring life into the world, she knew family and friends would not be supportive, and yet, for her, abortion was not an option.

“Many told me my life was ruined because I was going to be a teen mother,” Antosh said. “They assumed I’d drop out of college. I immediately came up with a plan to prioritize staying in school and be independent. I tried to remain positive, but knew that there would be massive hurdles ahead.”

Her mother helped her find her own apartment. Antosh took final exams at Henry Ford while 9 months pregnant and maintained an off-again, on-again relationship with the father.

“It was an unhealthy relationship.”

After the birth of their child, they eloped. Antosh felt pressured by family and friends and thought marrying him might make others more accepting of her situation, but she was unhappy.

Paving the way for student success and beyond

In the summer of 2014, Antosh was accepted by the University of Michigan-Dearborn where she went to school full-time, studying to get a bachelor’s in psychology while working as a waitress and aba therapist to pay the bills.

A year later, she had her second daughter. The postpartum stress was debilitating and she felt trapped in her marriage.

“I filed for divorce. I wanted my daughters to be raised in a loving environment.”

She remembers the following year as the most difficult of her life. She was a single mother of two, working two to three jobs at a time to make ends meet while going to school full-time—believing a college education would mean a better life for her girls.

“I recall receiving several notices that our electricity would be shutting off soon. I would find cans to return in order to pay the bill so we did not lose electricity and pulling money together to buy groceries.”

She had no idea that she could apply to receive government assistance, no idea about resources available to her and received little advocacy from family and friends. Until she met the man that would later become her husband while bartending.

“I was not looking to date,” Antosh said. They started out as friends, took things slow, and he became the rock that she had been missing since her first pregnancy.

“Soon after we met, I was driving to my bartending job and was on the phone with him, telling him how I feel stuck,” Antosh said. “I don’t like working there, and I just want to find something in my field and do what I am passionate about by helping others. He told me to turn around and go home because I was too good for that job.”

She did. The next day, Antosh made an appointment with a field placement advisor to ask about paid internships.

“I remember telling her I had 2 children and that I was a single mother and was working on applications to graduate school to get my master's in social work. She looked at me and told me that going to grad school with 2 kids and in my situation is like saying I want to be an actor. That it was unachievable.”

Antosh immediately left and began conducting her own research. Soon after, she landed a job at an outpatient mental health clinic in Dearborn doing administrative work.

In 2017, she graduated with a bachelor’s in psychology.

“I remember standing in line at commencement, crying, overcome with emotion that I was finally graduating college. I decided to google the statistics of a young mother graduating college before the age of 30.”

The answer is bleak: Fewer than 2 percent of teen mothers graduate college before the age of 30, according to the National Conference of State Legislatures.

“I realized that I had beaten the odds.”

Antosh had achieved student success and wasn’t done yet. In 2018, she enrolled in Wayne State University’s Master of Social Work program.

“Wayne State has a reputation of digging deeper into urban social issues and being diverse, with students from all different backgrounds. While I was nervous to be a young mother attending graduate school, I knew that Wayne State would be accepting of my story without judgement or doubt.”

She also chose Wayne State for their scheduling flexibility and takes advantage of online and evening classes.

Now, at the age of 25, Antosh is married with four children between ages 10 months and 6 years. She expects to earn her M.S.W. in Spring 2021 and is currently in the process of completing applications for Ph.D. programs.

Her dreams are big but they tend to come true. She largely credits her family, including her mother, and her college professors who provided volunteer opportunities and offered their mentorship along the way.

“I share this because of how important it was that people believed in me and knew I could be resilient.”

She acknowledges their support as privileges that others may not have, as she remembers herself what it meant to go without when she was younger. Now, she wants to help other young mothers realize their potential.

Antosh started the Find Your Grit, Girl podcast in February to discuss the hurdles young mothers face to student success and share all the things she wished she had known back when she was 18.

“I decided on a podcast because I wanted an outlet that was accessible and affordable.”

Late at night once her children are in bed, she records episodes at her dining room table. Due to coronavirus, she took a break from the podcast to focus on family but plans to start recording again in the fall.

“Young mothers are some of the strongest, independent warriors that walk this earth. When we embrace this and we are proud of the strength we have acquired through our challenges as teen moms, we can begin to see our own worth and recognize that we deserve success, too.”

Listeners can access the podcast on iTunes, Spotify, and Anchor.fm.