Alum explores health disparities in African Americans, how to intervene

Her childhood dream of becoming a nurse began after she went to the doctor for what her parents thought was simply a rash. Instead of a minor skin condition, she was diagnosed with Wilms’ tumor, a rare kidney cancer that primarily affects children. Taylor was hospitalized at the University of Michigan C.S. Mott Children’s Hospital where she had her kidney removed and underwent chemotherapy. During her stay, she was inspired by the care she received from her nurses, especially one named Jackie. 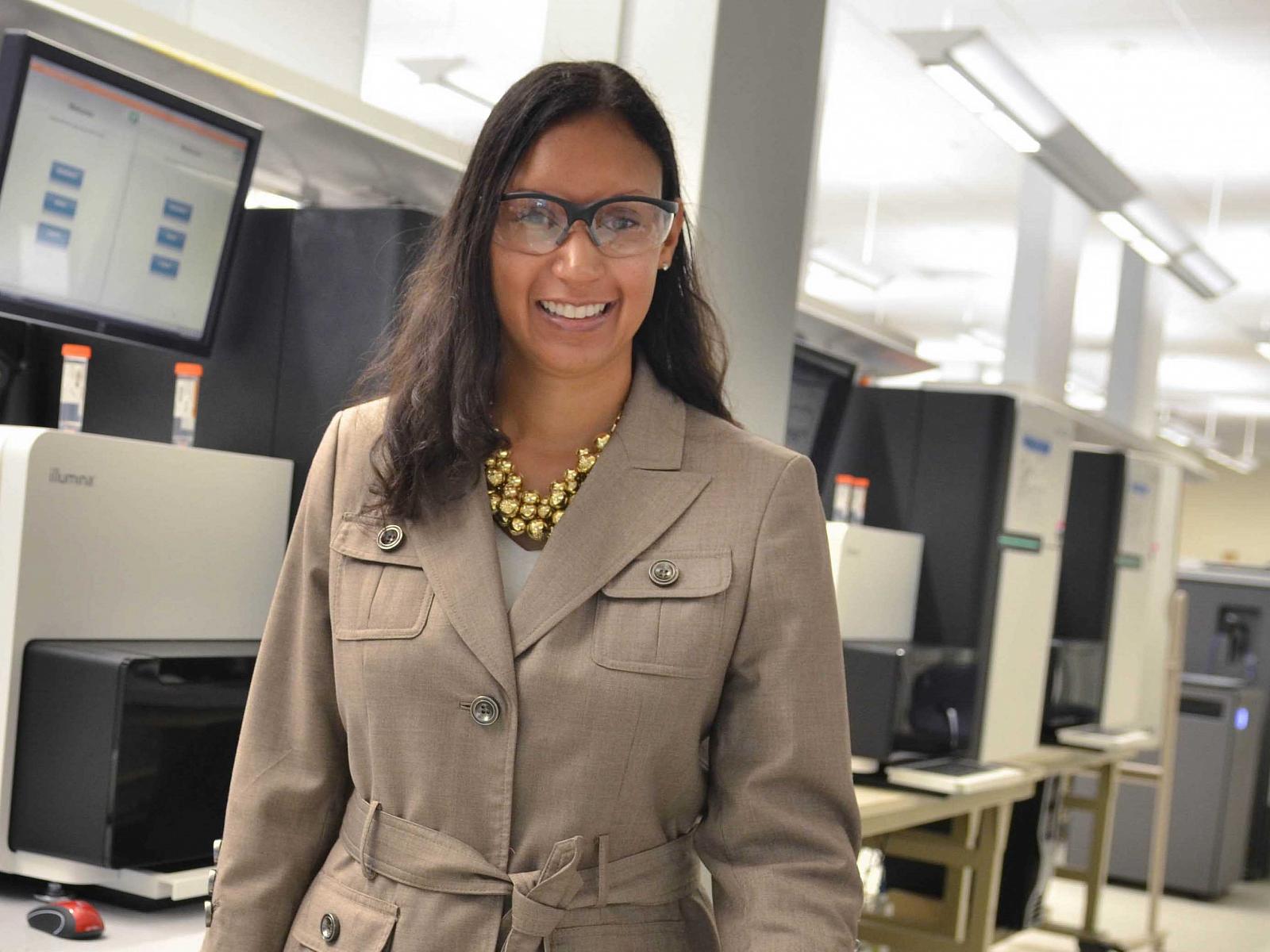 “It was my first time in a hospital, but also the first time I’d seen a nurse who was African American,” Taylor said. “She was helping people and doing something good in providing for those who couldn’t care for themselves. I thought, ‘I wanna do that.’”

It was a dream she held onto all the way through enrolling in Wayne State University’s Bachelor of Science in Nursing.

She spent five years as a research assistant in the university’s Minority Biomedical Research Program (now the Initiative for Maximizing Student Development), working in one of Joseph Dunbar’s, Ph.D., laboratories studying physiology and developing her research skills.

As someone who grew up in a community and family who suffered from hypertension, Taylor held a particular interest in cardiovascular diseases, especially in the African American population.

“I knew I had to continue on to Graduate School to pursue the type of work I wanted to do in research and clinical practice as it pertained to health disparities and hypertension.” But she wasn’t satisfied working at a lab bench alone. “I enjoyed understanding the physiology of how a body responds to drugs, traumas and insults and how these can impact your health outcomes,” but she also wanted to learn about the social factors that influence those outcomes.

Taylor graduated from Wayne State University with three nursing degrees. She stayed to complete a postdoctoral fellowship at the Institute of Gerontology, then worked as an assistant professor and director of the pediatric nurse practitioner program at the University of Michigan School of Nursing for three years and then was recruited to the Yale School of Nursing in 2008. Taylor worked for nine years at the Yale School of Nursing where she was the first African American woman to earn tenure through the ranks and was named the school’s first associate dean of diversity.

In January 2017, Taylor became the third nurse scientist to ever receive the Presidential Early Career Award for Scientists and Engineers. She was honored to be selected by former President Barack Obama as a recipient. In addition to her entire body of research and community service, the award recognized her work as principal investigator on a five-year study funded by the National Institutes of Health’s National Institute of Nursing Research.

DNA methylation does not change the sequence of DNA, but can turn a gene “on” or “off” and contribute to a variety of disease outcomes, she said. The study has found that stress does influence DNA methylation, including a gene that plays a role in stress signaling.

Taylor and her team have published more than 30 articles on the results.

“The study was done before the term social epigenomics had really started to take off,” she said. “We were doing this research before people started to recognize that social factors can affect DNA methylation and health outcomes."

Studies like InterGEN on how social factors impact our biology and health outcomes can inform health providers and intervention strategies, she explained.

After Yale, Taylor became a professor of nursing, endowed chair in health equity and the director of the Meyers Biological Lab at the New York University College of Nursing up until 2020, when she became a professor of nursing, Helen F. Petit endowed chair, and founding executive director of the Center for Research on People of Color at Columbia University School of Nursing.

In her first year at Columbia and amidst the pandemic, Taylor became co-principal investigator on a grant funded by the National Heart, Lung, and Blood Institute that supports a summer program called Research Education in Cardiovascular Conditions. The annual 10-week program provides cardiovascular disease research and training to undergraduate and graduate students from diverse backgrounds. Due to COVID-19, the program was entirely virtual last summer.

Taylor also founded and started as the executive director for the Center for Research on People of Color, which “provides multidisciplinary resources for research and educational programming designed to address injustices in health care that disproportionately affect communities of color,” the news release reads.

Taylor is also founder and CEO of Taylor Professional Coaching, LLC, a company that helps individuals and organizations set and reach goals related to career, life, health equity and more.